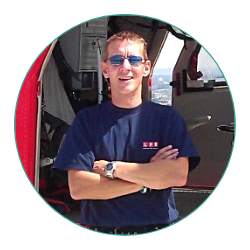 With building regulations constantly developing, particularly in the post-Grenfell era, the focus on fire safety and fire suppression has never been greater.

Recently, the CABE Webinar Wednesday series hosted Eddie Sibley, a former London firefighter who is now CPD Manager for iMIST, the market-leading domestic and residential automatic water mist fire suppression system. With his professional background at the sharp end of battling blazes, Eddie knows better than most the value of fire suppression systems.

“There’s an excellent documentary on YouTube called ‘The Fires That Foretold Grenfell’ and that goes back to a fire on the Isle of Man in the 1970s, known as the Summerland disaster (see video below). People said we couldn’t have this happening again; we need building regulations documents to step up and start making fire suppression mandatory. We are still seeing that call today and we’re still not learning the lessons from it.

“But one thing I can say is: nobody who has ever experienced a fire in their own house will ever ask you what the regulations are or how much a fire suppression system costs. They only have one question: how quickly can you install it?”

While standards are still not where fire experts like Eddie would want them, there is a noticeable shift in attitudes following the Grenfell Tower fire.

“In Scotland, from March 2021, any building regardless of size that contained flats, maisonettes, shared multi-occupancy or was affordable housing must have fire suppression installed. In 2016 Wales went even further – I always refer to this as the platinum standard because I think it is the way that fire services want to see it done – when that government made it a mandatory requirement, with very few exceptions, for new builds and buildings with a material change of use to have an automatic fire suppression system installed. If you want to build a bungalow in Cardiff, you have to have a fire suppression system installed in it.

“Sadly, the same doesn’t apply in England but my personal opinion is that it’s only a matter of time. Every time there is a fatal fire, especially any fire involving children, the fire safety community goes into overdrive and says, when is this going to be unacceptable? When is it going to be mandatory for any new build to be protected?”

When it comes to automatic fire suppression and protection systems, the generic term ‘sprinkler’ has gained popular traction, but water mist fire suppression is a very viable alternative that is increasingly being turned to, and for good reason.

“In both Wales and Scotland the regulation doesn’t say ‘sprinkler’, it says ‘automatic fire suppression system’. Without fire suppression, fires are allowed to grow before the fire service gets there. iMIST doesn’t exist to knock the sprinkler industry but there is a sea change in the fire suppression field as people realise there are other systems available and the iMIST system effectively suppresses a fire just like a sprinkler system would do, but in doing so it uses 80% less water,” Eddie says.

“The way fighting fire is taught these days, it’s all about using the least amount of water to get the same result. It’s not like the movies, where you see fire fighters kick down the door and fill the room with water: fire fighters these days have finesse and are highly skilled individuals. So, with our systems, we are not trying to replace fighters, we’re just trying to make their lives safer.

While water mist fire suppression systems offer similar performance to sprinklers in suitable properties, as Eddie mentioned, they use significantly less water and also come with other benefits.

“It can take as little as half a day for a full iMIST system to be installed in a property,” Eddie says.

“Say, for example, somebody wanted to put in a whole new kitchen and they’ve got to get building control involved because they are extending or opening up the property. At that time, the property owner will almost certainly be required to install additional fire safety measures. Fitting an iMIST fire suppression system in those instances may require just one pump and a couple of nozzles. Our engineers can come and do a full install in a morning or afternoon,” he adds.

“We believe our systems can typically be installed around three times faster than a sprinkler system because we use factory pre-formed flexible stainless steel pipe work, which makes installation very easy, and we have a limited number of components: pump, pipework, fittings/hangers and nozzles. There’s no water supply tank, which is also a massive benefit: try to find room in a typical house for a 11m3 water supply tank for a sprinkler system that needs more water than the mains can supply.”

“Where iMIST might need 14 litres of water a minute, a mains-fed sprinkler might need in excess of 100 litres a minute. You are very unlikely to get that through a standard 25mm or 32mm connection, so you’d then have to get the water board in to dig up the road and put in a new unmetered feed – and some water companies won’t install an unmetered supply pipe. You don’t need to do that with iMIST,” says Eddie.

“And because we connect directly to the mains potable water supply that’s in the building already and because we use 80% less water which then evaporates as it hits the fire, the likelihood of water damage to the building is drastically reduced.”

While retro-fitting is relatively straightforward, installing in new builds is easier still.
“If the fire suppression system is factored into the plans, we can come in and do all of our first fit works at the same time as the M&E first fit works. Then we just wait for the ceiling to go up, connect up the nozzles, commission the system and it’s all done,” he explains.

In 2015 British Standard BS8458 was released for water mist fire suppression systems, meaning such installations are designed and installed to the highest standards.
“Every installation that we undertake will be signed off by an authority having jurisdiction, whether that be local authority building control, approved inspectors, local authority building standards in Scotland, or the fire service themselves,” Eddies says.

“Regulatory documents, such as Approved Document B will make reference to automatic fire suppression systems, which is what the iMIST system is. They may also make reference to meeting the requirements of BS9251, but what they’re saying is that the fire suppression system must meet the requirements of the sprinkler standard, i.e. can the system support two nozzles or four nozzles operating simultaneously for 10 minutes and 30 minutes respectively? Is the system a wet pipe system? Is the system mechanically activated? Mist systems can satisfy all of that.

“There are some documents that preclude the use of water mist and we are bound by those, and there are certain buildings where a mist system wouldn’t be suitable. But we can show all of the direct comparisons and the majority of fire engineers, building control officers and approved inspectors now know and understand water mist fire suppression systems and confirm that they meet all the same requirements. We believe the iMIST system does this while also offering significant further benefits.”