Great crested newts have seen a dramatic decline in their population over the past 60 years despite being protected under UK and EU law. It is an offence to disturb the species – landowners or housing developers must apply for a licence before undertaking any building work on or around the newts’ pond habitats. However, this has caused reserved areas for newts being squeezed around development, sometimes in disconnected patches, and the loss of vital pond habitat by approximately 50%. Given the newts’ continued decline, as well as the difficulties facing developers or landowners, Natural England has decided on a new approach.

The district level licensing (DLL) scheme is a strategic approach has been adopted by local authorities in Woking, South Midlands, Kent and Cheshire and is being rolled out by local authorities in Essex, Wiltshire, Shropshire, Greater Manchester, south Midlands and parts of Somerset and Gloucestershire. It takes a view to working at a landscape scale rather than at a site-by-site scale, and obliges developers to make conservation payments that will be used to create new habitats in locations where surveys show it will most effectively boost newt populations.

Of these payments, 85% goes directly towards creating, looking after and monitoring places for the newts to live, including the creation or restoration of ponds. Newly created habitat will be maintained and monitored for 25 years – all funded by the initial payment. This evidence-based approach to licensing is about streamlining regulation to better protect the newts in the future.

Under the scheme, survey work and habitat creation is carried out before development begins. Developers know in advance which areas they can and cannot build on, thereby reducing delays and disruption to building schedules. Natural England is working to make DLL available across 150 local authorities, as part of a programme funded by the Ministry for Housing, Communities and Local Government. Working partnerships between local authorities, wildlife trusts, and farming and wildlife advisory groups have been key to the scheme’s success.

Barratt Homes’ Chilmington Green development was the first in Kent to join the scheme. It includes more than 5,500 new homes, four primary schools, land for community and leisure use, open green space, local recycling facilities and six new ponds strategically placed to join up and expand existing newt habitats. Natural England has worked closely with the developer and with ecological consultant Bakerwell. To date, 68 new ponds have been created and restored by landowners in Kent under the DLL scheme.

Paul Kitchingman, Operations Director at Barratt Kent, said: “This innovative scheme provides the housebuilding industry with an alternative offer that can both enhance ecological habitat and species protection, whilst enabling developers to rise to the government’s challenge of delivering new homes at pace.”

Natural England has completed the largest-ever survey of its type for great crested newts across England as part of the DLL project. The work is available at bit.ly/DLL_newt_survey

Webinars on the DLL scheme by Natural England and the Chartered Institute of Ecology and Environmental Management are now available on YouTube: 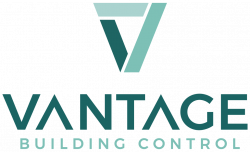