The UK’s construction activity rose sharply in September, according to the IHS Markit/CIPS PMI data, bringing hope for new jobs.

The Federation of Master Builders (FMB) Chief Executive Brian Berry said: “Growing activity in the construction industry should make this an attractive sector for young people considering their next steps after school and people looking to retrain.

“Construction has a key role to play in rebuilding the economy as recognised by the Prime Minister in his ‘Build, build, build’ speech earlier this year. However, to ensure high standards, the industry needs to train, train, train. The construction industry is facing a skills shortage… one in three builders can’t hire a bricklayer and one in four can’t hire general labourers. The government is right to invest in further education, but it should focus on the building trades as a priority.”

Berry concluded: “The government’s pledge to review and reform apprenticeship training is very encouraging provided it can lead to more local builders training more apprentices. This should mean forging stronger links between SMEs and colleges so that they have access to the communication and support that they need. Extra funding for colleges needs to include ringfenced funds for them to employ industry liaison officers who could act as a conduit between the colleges, students and employers to help join up the dots.” 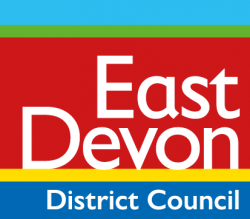